This is one of our favorite electric toothbrushes. It’s not the most powerful one available, but it’s thin and light, and it offers just a gentle vibration to aid in your cleaning. This is the rechargeable version, but the AAA battery-operated one is also on sale for $15 ($10 off).

Not everyone is a Keurig fan, and if you’re a really avid coffee drinker it’s worth upgrading to something else. However, sometimes you just need one quick cup, and that’s where a Keurig works. This one is super compact, so it won’t take up much room on a counter, and it has a very pretty design from Jonathan Adler (if you don’t like the design, the regular K-Mini is discounted too). It goes on sale frequently, but $50 is the lowest we’ve seen it.

I love digital frames, and Aura makes the best—they display your photos beautifully without looking tacky and pixelated. This is a newer, video-enabled version of my favorite frame from the brand. If you don’t want video and prefer the look of standard Carver, that one is also discounted to the same price. And if you want any other versions, all of which we like, those are all also discounted too from Best Buy, Target, and directly from Aura. Digital frames make good gifts for someone you want to share photos with instantly, like your parents. You just need the app connected to their frame and they need Wi-Fi.

We like all Roku devices, especially the Streaming Sticks, and this is one of the newest versions. It doesn’t have hands-free voice or programmable shortcuts on the remote the way the new 4K Plus version does, but it still has a microphone button you can use. An older version of the Streaming Stick Plus Headphones Edition is also discounted to $40 ($20 off).

If you like Roku’s streaming interface, but also want the added bonus of better sound, the Streambar is a small, entry-level soundbar for smaller rooms. This was the first soundbar I ever tried and I was amazed at just how bad my TV’s speakers actually are.

This technically retails for $50, but we rarely see it get that high and usually see it around $35. So in any case, this is still a good deal if you’re a fan of Amazon’s Prime Video offerings. This one, obviously, is geared heavily toward all Amazon content. This is the brand’s newest 4K device, which we haven’t yet tried, but we liked the older version and it has not changed drastically.

Need a new TV? This one has Amazon Alexa and Google Assistant built in, so you can ask them to search for shows or answer any other questions you might have. Even with smart features, we think most TVs need a dedicated streaming stick like the ones above. We’ve rounded up more TV deals here.

This TV typically goes for a little less than the $1,200 price listed on Best Buy, but this is still a solid discount. We’re big fans of Sony’s A90J, which is unfortunately not on sale right now, but this one is usually much cheaper—the X90J is an LED TV, while the A90J is OLED. Still, you can get a nice-looking TV without shelling out nearly $3,000. The bigger sizes are discounted as well.

These earbuds (9/10, WIRED Recommends) are pricey, but they have excellent sound quality and noise-cancellation. The best part of Jabra’s buds is that they’re rugged, have a two-year warranty against water damage, and have physical buttons for controlling music playback. Jabra also does a great job of supporting its older devices with new features and updates.

These cute little Buds2 (9/10, WIRED Recommends) are comfortable to wear and sound great with their dual-driver system. They’re rated IPX2 for water resistance, so you can work out with them. Plus they come in lavender or olive (in addition to the standard black and white)!

The Galaxy Buds Pro (9/10, WIRED Recommends) are good for everything, and they’re better than Apple’s AirPods in nearly every way: They sound better, are more comfortable, and have longer battery life. WIRED associate reviews editor Parker Hall says he can go from Zoom meetings to listening to music on a run, and these earbuds perform well every time. They’re now $20 less than they were when this deal started.

These started at $85, rose to $100 and now are down to $75. We haven’t tested them, but we generally like the brand. Read our Best Wireless Headphones guide for more options.

This is one of our favorite portable drives for its speed. It’s light but tough, thanks to its metal body, so you can take it anywhere and not worry about it getting damaged. It was $5 less when the deal first started, but this is still a good disocunt if you’re in the market for a fast solid state drive. If you need more room, the 1-terabyte version is at its lowest price we’ve ever seen, at $110 ($60 off).

We haven’t tried this particular Samsung internal SSD, but the brand is known for making some of the best, and this one gets solid reviews elsewhere. If you need your computer to run faster, this should help. If you need more gigabytes, the other sizes are discounted as well.

This Easystore drive is essentially the same as the Elements drive we recommend in our guide, but this one doesn’t have a power button. They’re fine for backups and storage, but WIRED senior writer Scott Gilbertson doesn’t recommend them for editing video or anything else where speed is essential. Just know that while it sometimes jumps to $110, it usually goes for around $60. For a ton more storage, the 18-terabyte hard drive is discounted to $340 ($80 off).

We really liked using this cell phone, and even though OnePlus has raised its once super affordable prices, this is still a solid deal. The 8T has a nice quad-camera system and a full day of battery. If you desperately need a phone, you’ll probably be happy with this, but we saw more phones discounted last week and hope that they’ll come back.

If you don’t want to spend a lot of money on a smartphone, then get this Moto G. Its cameras aren’t great, but there’s decent performance, and it lasts a whopping three days on a single charge. It doesn’t come with all the bells and whistles for this price, but it’s one of our favorite Android phones.

Motorola fans that can spend more than the $180 for the G Power should go with the Ace. It’s better than the G Series phones with smoother performance overall and two days of battery life. Plus this one has near-field communication (NFC) sensors so you can pay with your phone (the G Series phones don’t).

Antibiotic Use in US Farm Animals Was Falling. Now It’s Not

The 10,000 Faces That Launched an NFT Revolution 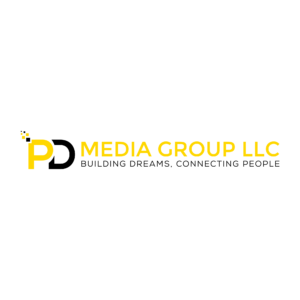